Mapping Your Child’s Route to Bilingualism 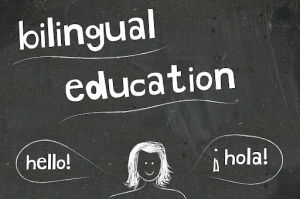 When you first heard about Spanish Schoolhouse McKinney, you probably did some research about foreign language learning. You likely found terms like bilingual, dual-language, total immersion, two-way immersion, ESL, Spanish language immersion classes, heritage speakers, or even developmental immersion. What the heck does all this mean and what is the best way for my child to learn?!

Simply put, bilingual education is the pathway to understanding two languages (‘bi’ meaning two, and ‘lingual’ referring to tongue or language). Bilingual education uses many levels of language exposure to not only teach speaking skills but to also encourage intercultural communication and build bridges toward global understanding.

This philosophy is the basis of the SSH McKinney foreign language immersion program. Foreign language immersion is a type of bilingual education where academic subjects are taught in a student’s non-native language. During SSH McKinney preschool, and summer camp programs, children are immersed in an environment where the instruction is entirely or partially in Spanish.

Spanish Schoolhouse McKinney offers total Spanish immersion to children as young as 18 months. From the moment we high-five them at the door in the morning to the moment they’re back in their parents’ arms, they’re experiencing a preschool day completely in Spanish!

Our 3 and 4-year-old students have an ALMOST full immersion experience. They’re immersed in the Spanish language all day, except for a 30-minute English class four days a week. Technically, that makes this a partial language immersion program, but our emphasis is clearly on Spanish!

Two-Way Immersion Helps Us Learn From Each Other

You may also hear about dual-language or two-way immersion programs. After preschool, many of our SSH students move on to public elementary schools that offer these programs. In a dual-language setting, about half of the students in the class are native Spanish speakers and the other half are not. One benefit of dual language immersion is that it really encourages teamwork as students work side by side, learning the languages from each other.

Over the years, we’ve been excited to see a growing number of families with Hispanic heritage enroll in Spanish Schoolhouse. They may or may not speak Spanish at home, but they’re all committed to passing their ancestral heritage and language to their children.  There is a growing appreciation in society for the value of this. In fact, some schools now offer what are known as heritage language programs.  These are immersion classrooms for students who primarily speak English, but have close relatives who speak the partner language.

Total? Partial? What Percentage is Best?

You’ll find that there’s no “right way” to teach languages! Among the many bilingual education methods, there are different models. Elementary schools commonly use the 90/10 model and the 50/50 model. In a 90/10 setting, students might start first grade being immersed in the foreign language 90% of the time and have 10% of their instruction in English. Over the years, as they gain confidence in the second language, the percentage shifts until they are learning both languages in a 50/50 split by the time they reach 5th grade.

The 50/50 model of dual language immersion is known as a “simultaneous literacy” method.  Half the time, the instruction is in English, and the second language is used for the other half.  The split may be half-days in each language, or full days that alternate, but the 50/50 ratio remains throughout each grade level. The goal is to develop full literacy in both languages.

While English is the first language of most SSH McKinney children, many public schools offer excellent programs for kids who are English Language Learners.  You’ve likely heard of ESL programs (English as a Second Language) but there are also transitional language classrooms that use one-way or developmental bilingual education techniques.

In a one-way bilingual program, students are placed into classes based on their native languages. They are initially taught in their native language, while gradually being introduced to English.  Over time, the primary language is phased out and English becomes the main language of instruction. These students eventually transition into the mainstream classes, with a proficient level of bilingualism and bi-literacy (the ability to speak, read, and write in both languages). What an advantage!

Seeking Bilingualism at Every Opportunity

Any exposure to language is great exposure, and any learning of a second language is a bilingual experience!  If you are considering dual language after SSH, check out this site for a list of bilingual schools available in Texas. Even if children don’t have a preschool or elementary immersion opportunity, they can take steps towards bilingualism through after-school classes, summer camps, private tutoring, vacations in foreign settings, books, television, movies, and language apps. See the resources page on our website for some of these tools.